For students who would like a sneak-peak into the world of science and scientific thinking. 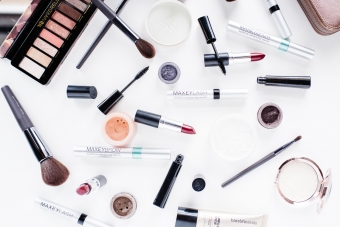 This course will explain how cosmetics and personal care products work from a scientific standpoint. Chemistry plays a key role in the manufacturing and continual improvement of personal care and other household products. It is involved in all stages, from chemical extraction of natural products to the packaging of final consumer products. Throughout the course, students will learn the interaction of skin-care chemicals with lipids in the skin, the suspension of oil in emulsions, how foundation products scatter light to hide skin blemishes, and how sunscreens filter or scatter UV light. Furthermore, the students will learn how to interpret ingredient lists and understand their role.

Marketing hype and trends, such as anti-aging, will be dissected to examine the underlying scientific principles and negative campaigns analysed to evaluate their veracity. Additionally, we intend the course to have a practical component, where students will learn to make their own cosmetics and household products (soaps and sanitisers) in a chemistry laboratory and understand some of the techniques used in the personal care products industry to assess products prior to taking them to market. 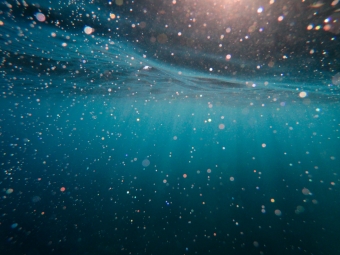 Scientific understanding of the origin of life is undergoing rapid evolution, involving collaborations amongst many scientific disciplines wherein chemistry plays the central role. This course is designed for non-Chemistry majors who want to learn some broadly relevant chemistry beyond First Year. It is also an allowed elective for Chemistry majors.

The course will examine how important biomolecules central to life as we know it, like sugars, amino acids, nucleotides and polymers thereof, could have been synthesised abiotically and come together to form the first primitive cells. Topics will include: 1) synthesis and observation of molecules in astrochemical and terrestrial environments, 2) discovering the role of important biomolecules like, DNA, RNA, proteins and lipids, and 3) understanding scientific progress towards making synthetic protocells in the lab. Students will learn valuable concepts across a variety of chemistry-related subjects in service of gaining an understanding of the current scientific consensuses regarding the chemistry critical to life's origins and what questions remain unanswered.

Can you imagine Dennis Quaid, Uma Thurman, Sam Neill or Kate Winslet as scientists? Well Hollywood has, in a series of movies which use real scientific concepts as an integral part of the plot. Often the script writers stretch these concepts beyond the realms of reality to make the movies even more exciting. In this general education elective you will view nine movies which deal with a range of scientific issues.

This intensive course will run at the start of summer term. The first five movies will each be preceded by a guest lecture from a suitable expert in the scientific field featured in the movie. They will discuss how faithfully the movies portray the science and look at some of the social and ethical issues related to the science that are explored in the films. For the following four (complementary) movies, you will be expected to watch these movies online during a 'virtual week', in which you will use the skills and science taught in the preceding week to independently delve even deeper into both the science and its dramatized representation in the movie. Movies you will watch include Gattaca (starring Ethan Hawke, Jude Law and Uma Thurman), Jurassic Park (Sam Neill, Jeff Goldblum and Laura Dern), The Day After Tomorrow (Dennis Quaid, Jake Gyllenhaal and Emmy Rossum) and more. So come along, see some movies and you might learn enough science to create your own genetically modified organism, alternative source of energy, deep space exploration vehicle or help save the world from a cataclysmic disaster.

This course is run in an online format.