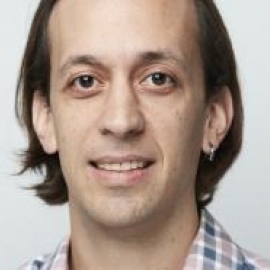 Albert received his BS in Chemistry from Indiana University in 2008, having done research under the tutelage of Professor Amar Flood in synthetic and supramolecular chemistry.  He received his PhD from Northwestern University in Organic Chemistry in 2013 under the mentorship of Professor Sir Fraser Stoddart (Nobel Prize 2016) investigating the molecular self-assembly and template-directed syntheses of artificial molecular switches and machines.  Albert then moved to Boston to carry out research in origins of life chemistry as a postdoctoral scholar with Professor Jack Szostak (Nobel Prize 2009) at Harvard University and Massachusetts General Hospital.  His research here focused on nonenzymatic RNA replication and prebiotic synthesis.  As part of a unique Fellowship opportunity during this time, Albert also spent three months of the year at the Tokyo Institute of Technology in the Earth-Life Science Institute (ELSI), a research center which specializes in origins of life research.  Thereafter, Albert spent a year with ELSI as an Associate Principal Investigator before moving to UNSW in September 2018.