A team of chemists has lifted the hood on the mysterious interplay between sunlight and molecules in the atmosphere known as ‘roaming reactions’, which could make atmospheric modelling more accurate.
Lachlan Gilbert | UNSW Newsroom 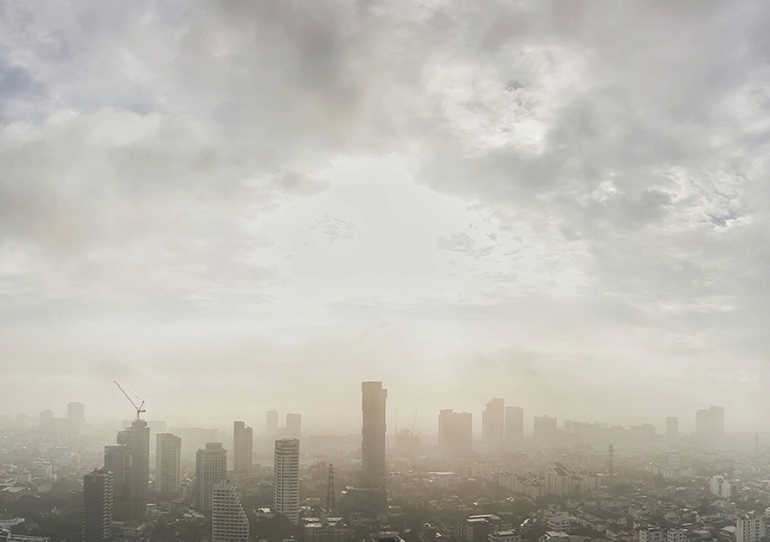 Reactions in the atmosphere that contribute to photochemical smog and the production of carbon dioxide are initiated by sunlight, which can split molecules apart. Photo: Shutterstock

A detailed study of roaming reactions – where atoms of compounds split off and orbit other atoms to form unexpected new compounds – could enable scientists to make much more accurate predictions about molecules in the atmosphere, including models of climate change, urban pollution and ozone depletion.

In a paper published today in the journal Science, a team of researchers from UNSW Sydney, University of Sydney, Emory University and Cornell University showed in unprecedented detail exactly what happens during roaming reactions of chemical compounds.

Professor Scott Kable, an atmospheric scientist who is also the head of UNSW’s School of Chemistry, likens the study to lifting the hood on roaming reactions and seeing for the first time how the parts fit together. He says the study will give scientists new tools to understand the machinations of reactions in the atmosphere.

“Chemical reactions, where atoms are rearranged to make new substances, are occurring all the time in our atmosphere as a result of natural emission from plants and animals as well as human activity,” Prof Kable says.

“Many of the key reactions in the atmosphere that contribute to photochemical smog and the production of carbon dioxide are initiated by sunlight, which can split molecules apart.

“For a long time, scientists thought these reactions happened in a simple way, that sunlight was absorbed and then the molecule explodes, sending atoms in different directions.

“But, in the last few years it was found that, where the energy from the sun was only just enough to break a chemical bond, the fragments perform an intimate dance before exchanging atoms and creating new, unanticipated, chemical products – known as roaming reactions.

Prof Kable says in an experiment detailed in the paper, the researchers looked at the roaming reaction in formaldehyde (CH2O) and were surprised to see instead, two quite distinct signals, “which we could interpret as two distinct roaming mechanisms”.

The theoretical and computational work was performed by a team in the US led by Professors Joel Bowman (Emory) and Paul Houston (Cornell). Prof Bowman observed that "detailed modelling of these reactions not only agree with the experimental findings, they provide insight into the motion of the atoms during the reaction".

Professor Meredith Jordan from University of Sydney says the experiments and theory results suggest roaming reactions straddle the classical and quantum worlds of physics and chemistry.

"Analysing the results with the incredible detail in both experiments and simulations allowed us to understand the quantum mechanical nature of roaming reactions. We expect these characteristics to be present in all roaming reactions,” she says.

The results of this study will provide theoreticians with the data needed to hone their theories, which in turn will allow scientists to accurately predict the outcomes of sunlight-initiated reactions in the atmosphere.

Prof Kable says the study could also benefit scientists working in the areas of combustion and astrophysics, who use complex models to describe how molecules interact with each other in gaseous form.

The paper, titled “Rotational resonances in the H2CO roaming reaction are revealed by detailed correlations” is published online by the journal Science. It can be accessed here.