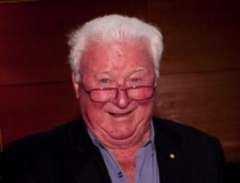 I joined UNSW in 1954, the year that Pauling received his first Nobel Prize. Chemical crystallography was gaining momentum as scientists used diffraction methods to solve the mysteries of molecular configuration and crystal structure.The early equipment at UNSW consisted of a copper tube and powder camera, located in Ron Werner's physical chemistry department on the first floor of building 6 at the Harris Street end of TAFE. There was also a powder diffractometer in the School of Physics, which was made by Jack McConnell to examine wood fibres. However, with the rapid growth of R.S. Nyholm's internationally recognised organo-metallic group, involving A.L. Martin, B.N. Figgis, Rodger Irving, Harris and Livingstone, Craddon, Sutton et al., now compounds were being made daily and crystal structures were needed to determine stereochemistries. The X-ray equipment was quickly augmented with molybdenum and cobalt X-ray tubes, a Supper Precession camera and a Nonius integrating Weissenberg camera together with film measuring devices and two boxes of Beevers and Lipson strips. Gordon Barclay returned from a study period with Sir Gordon Cox at Leeds, Uk, and soon we had postgraduate students enrolled in Ph.D. programs. Early candidates were Hoskins, Kennard, Taylor, Stephens and Walton.

Then came the big move to Kensington in 1962. Blue Barclay and I, together with L.W.O. Martin, had designed the new X-ray laboratory to be located on level 1 of the Heffron building. It consisted of five offices, a dark room, a microscope and crystal mounting area and three X-ray generator alcoves. This area soon became too small with the influx of Ph.D. students - Val Duckworth, Mary McPartlin, Elizabeth Goldschmied, Robin Charlton, and many users such as Les Power, Peter Fielding and final year students. A significant event occurred in the 1960"s. The newly formed ARGC was inviting applicants for research funding. Bob Walsh, a board member and professor of medicine at UNSW, addressed staff about this matter and cautioned against applications for major equipment. But a single crystal X-ray diffractometer was just what our chemical crystallography group needed, and in order to give weight to the proposal I suggested that Jack McConnell and I submit a joint application. We also asked for a Professional Officer to run the thing and stipulated a three year funding commitment. Our prayers were answered and we were awarded the largest grant given to Australian Physical Sciences that year.

Then the problem of location arose. Professor Milner wanted it in the Physics building and Professor Mellor in Chemistry. Common sense eventually prevailed, but at a cost. The first floor analytical lab in the Dalton building, which was initially intended to house Jim Green's Nuclear and Radiation Chemistry Department, was declared by Mellor to be the new location for the Siemen's four circle single crystal X-ray diffractometer, the first of its kind in Australia. And Don Craig was stolen from the Department of Applied Geology to run the machine. Other X-ray equipment was moved from the Heffron to the Dalton Building and this saw the birth of the "Crystal Palace". Jim Green was a little upset at this outcome and went to join Blue Barclay, who had been appointed to the Foundation Chair of Chemistry at Macquarie University. The Crystal Palace initially housed the following staff: A/Prof N.C. Stephenson, A/Prof J.F. McConnell, Dr C. Grainger, Dr A. Schwartz, Professional Officer D.C. Craig, Professional Officer V. Kastalsky, and Dr David Rae joined the group in 1968.

Computing has always played a major role in solving crystal structures. When the University installed UTECOM at the Kensington campus, the days of Beevers and Lipson strips and a desk calculator were over. John Rollet, from Oxford, UK, had kindly provided us with boxes of punched cards containing various crystallographic programs. Unfortunately these programs were very demanding on machine time and we were given the night shift, from 8.00 p.m to 8.00 a.m, during which to run the programs. Some relief was obtained when an IBM 360/50 was installed at Lucas Heights and the Oak Ridge programs of Busong and Levy were available (ORELS, ORTEP). UTECOM was superseded by a IBM 360/50 system with a large core storage (250k) and Don Craig was given the responsibility of looking after the School's computing requirements and became a tenured member of staff. Don eventually tailored our X-ray crystallographic programs specifically for the University's IBM computer, modifying existing versions of programs to sort data, calculate structure factors, fourier syntheses, least squares refinements, stereoscopic properties, bond distances and angles, least square plans etc. This site of programs was written in Fortran and as such was easily transported to any future upgrade of the University's centralised computer environment.

Progress: During the 1950's most crystal structures were solved using the Patterson function. Our main investigations mainly used the vector convergence methods of Martin Burger, particularly the minimum function. I was present at the 1953 Ann Arbor meeting of the American Crystallographic Association when Jerry Karle and Herb Hauptman presented their paper on Direct Phasing Methods. To say that the audience was "confused" was an understatement, so a grant was made, but no progress was made until Jerry's wife Isabella began publishing the structures of a number of organics, all solved by the symbolic addition procedure. This immediately focused attention and the ACA monograph became a best seller. Just as Isabella paved the way for her husband, our female students paved the way for direct phasing methods at UNSW. Kerry Watt elucidated the structure of an ICI proprietary Anthelmintic drug; not to be out done, Elizabeth Goldschmied determined the absolute configuration of a cobalt (II) cation using the Bijvoet absorption edge technique.

X-ray laboratories were spreading throughout Australia and joint programs were operating between Centres, both within Australia and overseas. An informal body of users, called the "Bush Crystallographers", was proposed to hold meetings to discuss papers and progress generally. The first meeting was held at UNSW and then on a fairly regular basis at other centres. The group eventually formalised itself as the SCA (Society of Crystallographers in Australia.) Ian Dance and I wrote the first constitution and I became president in 1978-79.

I left my "Crystal Palace" in 1974, in the capable hands of Ian Dance.

2014 was the International Year of Crystallography.